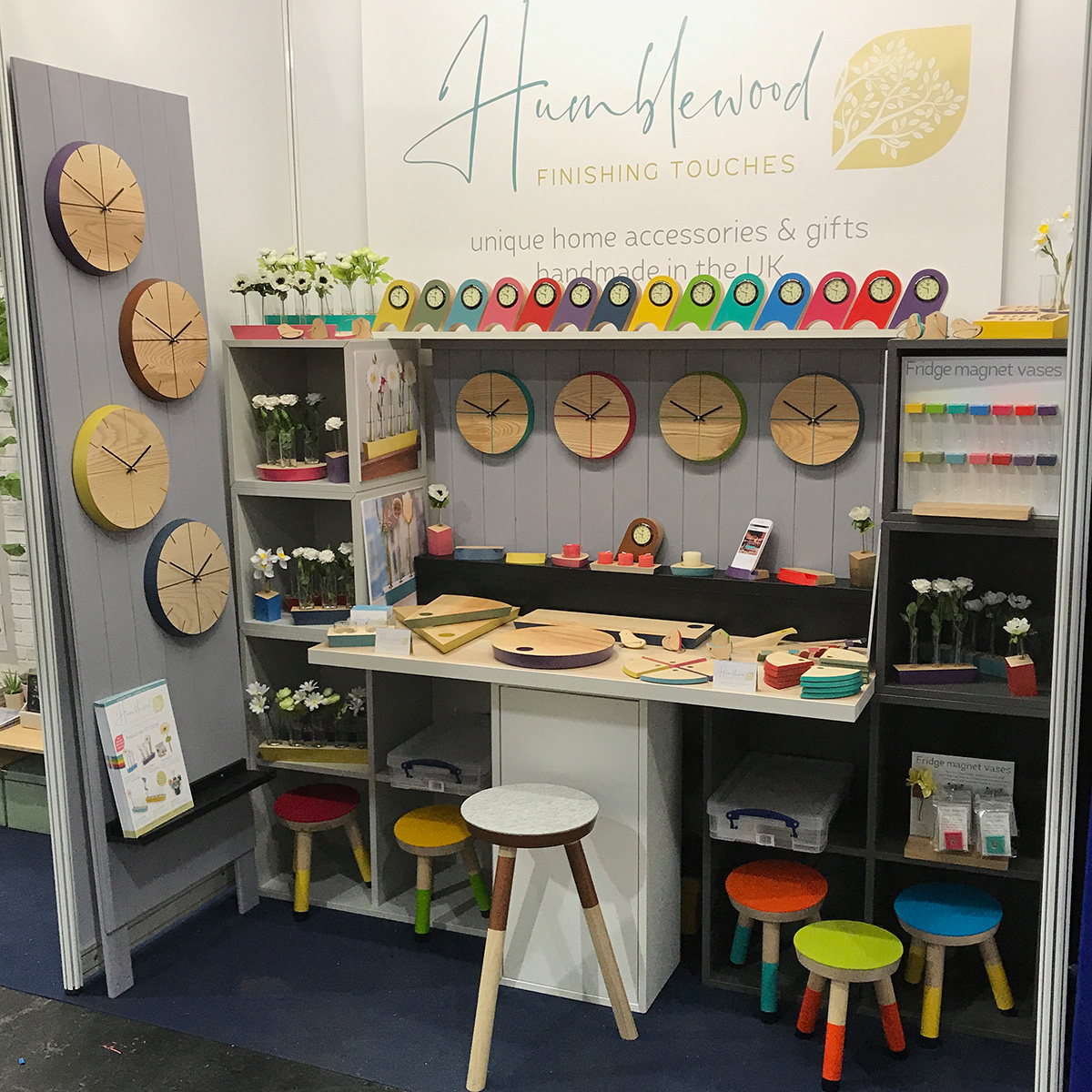 It's been quite a year since BCTF '18 – highs and lows abounded. We've attended three further trade shows; Home & Gift in Harrogate, and both the Autumn and Spring editions of Scotland's Trade Show in Glasgow. They've proved to be a mixed bag, to be honest, and did not build proportionally on the success of BCTF. But we did pick up our largest single order yet – 108 clocks!

Our initial crop of a dozen outlets has grown to 37, spread UK-wide (with some notable gaps), from Shetland to Guernsey.

I'm very much looking forward to BCTF this year, where we'll have a lot of new products, a new look and smarter stand. But also with a slightly tempered set of expectations gained from a year's experience of wholesale. By this time last year we'd already had several pre-show orders; not so this year.

“Social media is useful, but there's a lot to be gained from getting out there and meeting real people.”

While I would still advocate attending trade shows, the consensus among exhibitors is that that attendances are down. Buyers, it seems, are opting to source products online – often via trade show websites, creating a classic 'catch-22' situation for exhibitors! I still find the direct engagement with people at shows to be a positive thing. And that applies to meeting buyers and other traders too. Social media is useful, but there's a lot to be gained from getting out there and meeting real people.

As buyers are sourcing more on online, the investment in good quality photography is something that continues to pay dividends for us beyond the posters and literature produced for shows. People buy with their eyes, after all.

So far, BCTF seems to be the best trade show for us, so I rather suspect it will be the one show we do regularly each year for the foreseeable future. But Humblewood will be back in Scotland this autumn, right after taking the plunge (for better or for worse) and doing the Autumn Fair at the NEC – let's see if we can appeal to a different audience there.